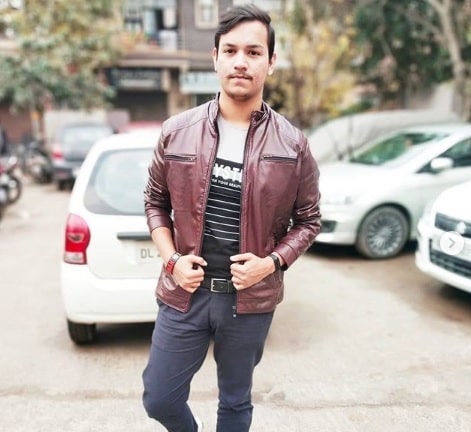 Mangesh Kumar Bhardwaj is a 23 years old Full-Time Blogger, Youtuber also an Affiliate Marketer and the founder of BloggingQnA.com and BloggingQnA Youtube Channel.

Mangesh is doing great in his field of Blogging also Youtube by providing the right value to the people with the valid proofs.

He shares his experience, tips and tricks related to Blogging, SEO, Keyword Research, making money online and much more.

Apart from this he also have a Facebook Group “BloggingQNA” and Telegram channel and a group with more than 5K+ members.

Mangesh Kumar Bhardwaj was born in 1997 in Rewari, Haryana. After completing schooling in New Delhi, he  doesn’t have any idea what to do next.

Then he took admission in BBA because everybody in his friend circle was doing this course.

Till the second year of college, he was not aware of his interest and passion. He was just doing all the random things that everybody was doing.

But at that time, he loved to spend time on computers and laptops.

Eventually, with the college batchmate Mangesh attended a seminar where he got to know about AdSense and Blogging.

At that time, he was not doing anything so he thought to get into blogging and Then he searched about it a lot and decided to take blogging as his career option.

He started blogging in October 2016. But that doesn’t work due to lack of enough knowledge.

Then Mangesh Kumar Bhardwaj launched a blog BloggingQnA and YouTube channel on July 18, 2018, Then I decided to learn more about blogging and YouTubing.

After learning the basics from YouTube and Google he is now a blogging expert and fastest growing youtuber and he is now earning a very good amount of money.

How many blogs is Mangesh running?

Currently, he is running 7+ blogs in different niches Including Bloggingqna.com. Some of them are micro-niche blogs that are monetized by Adsense and, on other blogs, he is doing affiliate marketing.

Who was the inspiration of Mangesh Bhardwaj?

For blogging In the initial stage he was inspired by Harsh Agarwal, Brian Dean, Neil Patel, and some other blogs.

What is the monthly earning of Mangesh?

He is not very comfortable sharing his Earnings. But he has shared some of his earning proofs on YouTube Channel and on his blog also.

Here are some Videos and screenshots in Which he has shared some of the earnings proof. 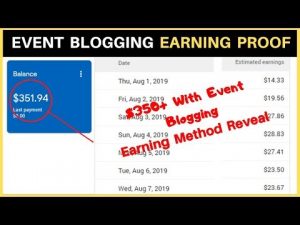 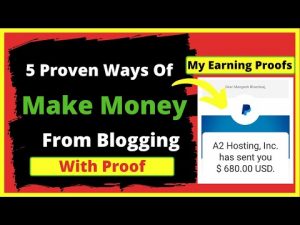 What are the tools that Mangesh uses in Blogging?

Here are some tools that are used by Mangesh: –

If you liked this article related to the Biography of Mangesh Kumar Bhardwaj, founder of BloggingQnA then share it with your friends on social media(Facebook, Instagram, Twitter).

If you want to read such articles in the future, then keep visiting our Website

DCGI has launched Feluda corona test an accurate and low-cost paper-based test strip to detect Covid-19. Report of this Feluda test comes out in...
Read more

Here we are going to provide list of the Best quad camera phone under 10000 rupees in India in 2020. We have covered the...
Read more

DCGI has launched Feluda corona test an accurate and low-cost paper-based test strip to detect Covid-19. Report of this Feluda test comes out in...
Read more

Here we are going to provide list of the Best quad camera phone under 10000 rupees in India in 2020. We have covered the...
Read more

The TV Today is an Entertainment and Informational website. Visit us to read Trending Topics, Movie Review, Biography and much more.